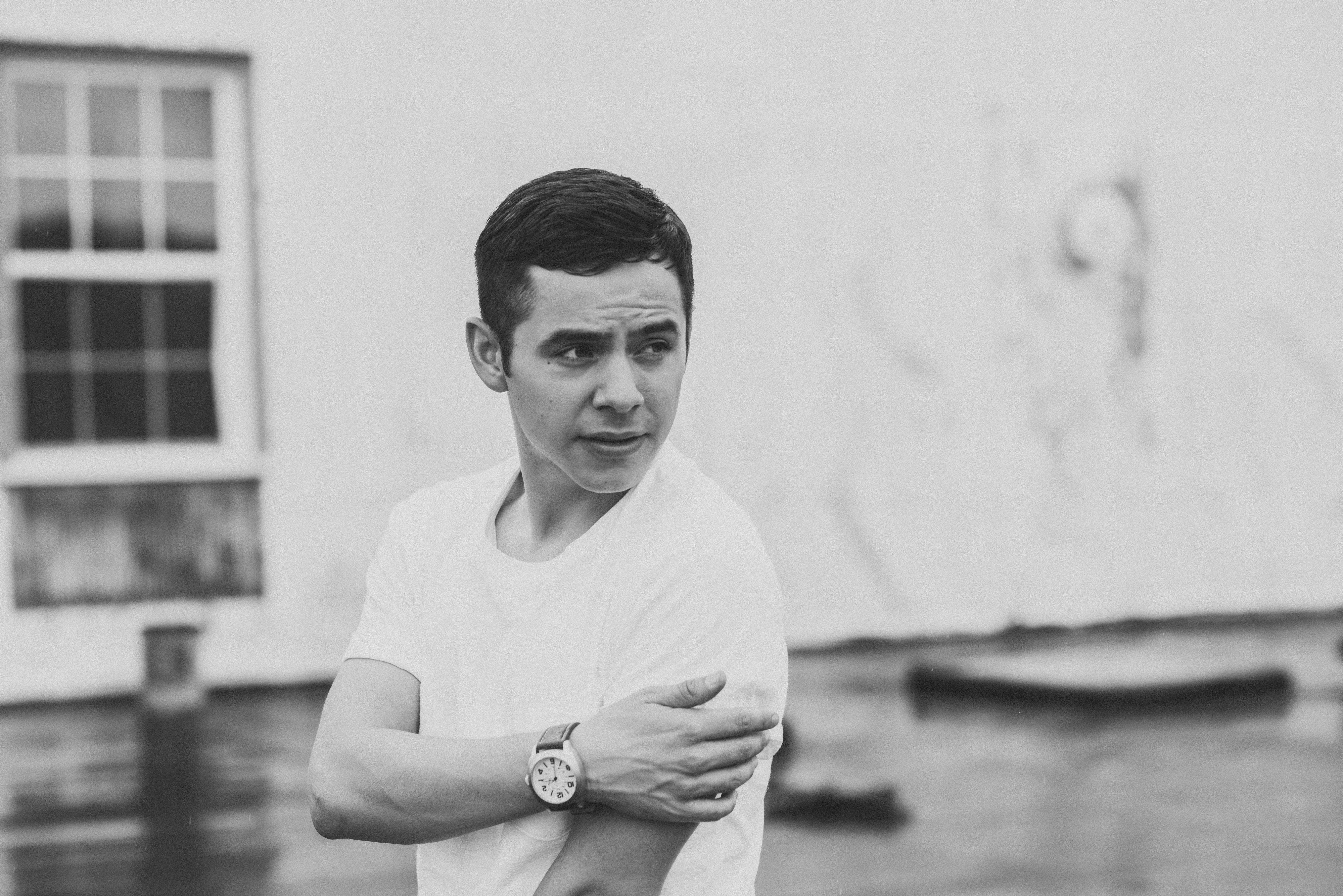 He’s practically part of the family by now…for the third year in a row we’ll welcome David Archuleta to Layton! David became a star when he was just 16.  He has released six albums and won numerous awards since then. His recognizable voice and natural charisma endears him to fans young and old. This show is sponsored by Lindquist.

The Davis Arts Council can only guarantee tickets purchased directly through our box office. We cannot confirm any tickets purchased by any other method. Visit our FAQ page for information regarding The Kenley Amphitheater and our Summer Nights with the Stars season

David Archuleta became a star when he was just 16. In 2008 more than 30 million television viewers fell in love with his angelic voice and their 44 million votes made him runner-up in Season 7 of “American Idol.”

Soon after, the young Utahan signed with Jive Records and his first single “Crush,” debuted at No. 2 on the Billboard Hot 100 chart the week of its release. According to Nielsen SoundScan, the track sold 166,000 downloads that first week in the U.S. and subsequently more than 1.92 million digital copies. Three months later, David’s self-titled album, “David Archuleta,” went gold, selling more than 750,000 copies in the U.S., and more than 900,000 worldwide. “It was so neat to see how positive fans were about ‘Crush,’” David says of the enthusiastic reception for his chart debut.

Born in Miami, Florida, to Lupe Marie (née Mayorga), a salsa singer and dancer from Honduras, and Jeff Archuleta, a jazz musician of Spanish–Basque, Danish, Irish, German, and Iroquois descent, David credits his parents with shaping his musical style. “Music was always a part of my life growing up,” he says. “My mother was also big on dancing and would teach my older sister and me to dance to traditional music. I can’t think about celebrating my family without thinking about celebrating music.”

His family moved to the Salt Lake City suburb of Sandy, Utah, when David was six years old and he was soon making a name for himself as a singer, winning the children’s division of the Utah Talent Competition when he was just ten, and the Junior Vocal Champion award on Star Search 2 when he was 12. After “Idol,” and his initial chart successes, David continued to win accolades in subsequent years including, three Teen Choice Awards for Breakout Artist, Love Song, and the Music Tour category, as well as the Year in Music – Rising Male Star award at the ALMA Awards. As well as releasing a second studio album, “Christmas from the Heart,” in 2009, David also managed to find time to make his acting debut on the Nickelodeon show iCarly, and appear in Season 3 of the Disney Channel show “Hannah Montana,” on which he sang “I Wanna Know You,” in a duet with Miley Cyrus.

In 2010 David released his third album, “The Other Side of Down” which featured the single “Something ‘Bout Love” and appeared as guest star on The Mormon Tabernacle Choir’s holiday album, “David Archuleta – Glad Christmas Tidings.”

“I grew up with such a great respect for the Choir, and never imagined I’d be up there with them one day,” he says. “Just getting to be up on that stage with the Choir is one of the best feelings I’ve ever felt in my life.”

David went on to release his fourth album, “Forevermore,” exclusively in the Philippines in March 2012 where it was soon certified gold. Later that year he released his fifth album, “Begin,” which featured the new original track, “Broken.” David’s sixth album, “No Matter How Far” was released in March 2013 along with a new song, “Don’t Run Away,” which was released on iTunes as the accompanying lead single.

In 2012, David, a member of The Church of Jesus Christ of Latter-day Saints, put his singing career on hiatus so he could volunteer for a two-year stint as a full-time missionary in Santiago, Chile, at the La Misión Chile Rancagua. He’s described his experience of the mission as “a dream come true.” His decision to serve was influenced by his mother, who told him it was singer Donny Osmond who had helped get her interested in The Church of Jesus Christ of Latter-day Saints.

“I never thought I would have the guts to talk to so many different people,” Archuleta says of his time in Chile, adding that, since he’s completed his mission there, he’s never been more confident of either his singing or speaking skills — in English or in Spanish. Pursuing a greater sense of purpose as he did on his mission, is nothing new to the now 23-year-old Murray, Utah, native who battled a bout of vocal cord paralysis when he was 13, while competing on CBS’s “Star Search.”

He chronicled the debilitating experience in his New York Times bestselling 2010 memoir, “Chords of Strength: A Memoir of Soul, Song, and the Power of Perseverance,” and the determination to overcome obstacles, such as the worrying illness, resonates in the overall message of the songs he wrote for his second album, “The Other Side of Down.”

“Instead of acting like everything in life is so hard and confusing, look at it this way: The only way you can go from here is up,” he says. “It’s our decisions and how we handle things that matter, even when they get rough. If we keep holding on, looking at things positively and working hard, we can improve our lives, help ourselves, and even help the greater good.” David returned from Chile in March 2014 eager to perform and record once again. Since his return he’s traveled to the Middle East to perform for U.S. troops, recorded the song “Glorious” for the recently released “Meet The Mormons” movie, and had been busy writing songs for a new album that was released in 2015.