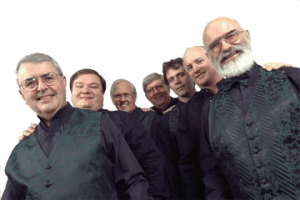 The Great Basin Street Band has become the premier traditional jazz (“trad”) band in the Intermountain West. Founded in 1994, the band represents jazz music of New Orleans, Chicago, Kansas City and other prominent jazz centers in the 1920 to 1940 era. The band’s name comes from the famous Basin Street in New Orleans with an interesting tie to the “Great Basin” of Utah.

“The best Dixieland you’ll ever hear!”