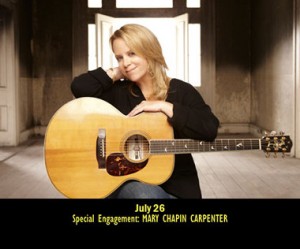 “…quietly spellbinding…the music of Ms. Carpenter is an unclassifiable hybrid of pop, folk and country…”
—The New York Times

Ashes and Roses, the new album from acclaimed singer-songwriter Mary Chapin Carpenter, will be released June 12 on Zoë/Rounder Records. This is Carpenter’s twelfth studio album and features a special duet with James Taylor on the track “Soul Companion.” In advance of the release, Carpenter will join Shawn Colvin on a series of tour dates this spring. This is the first time that Carpenter and Colvin—longtime friends for over 20 years—will undertake a tour together. The special shows will feature the acclaimed songwriters performing as an intimate duo and will include material spanning their vast catalogues as well as some of their favorite songs. A North American headlining tour is set for later this summer and fall, including dates at Wolf Trap and Ravinia. See reverse for complete tour details.

Ashes and Roses is the follow-up to Carpenter’s Grammy-nominated 2010 release, The Age of Miracles, which debuted at #28 on the Billboard 200 and #1 on the Billboard Folk chart. The release also received widespread critical acclaim—the Hartford Courant describes the album as, “…equal parts timely and timeless,” while The Huffington Post asserts, “Carpenter writes songs that are nuanced and fully three-dimensional. It’s music for the soul…”

Recorded in Nashville, the new 13-track album was produced by Carpenter and long-time collaborator Matt Rollings (Lyle Lovett, Keith Urban) and recorded and mixed by Chuck Ainlay (Mark Knopfler, Sheryl Crow, Willie Nelson). Carpenter was backed by a band that included Rollings (piano, B-3 organ), Russ Kunkel (drums), Duke Levine (electric and acoustic guitar) and Glenn Worf (bass). Of making the record, Carpenter notes, “I was so fortunate to work again with these seminal musicians. Our history of making records together serves us in the most wonderful ways. Getting back into the studio this time felt as exciting as the very first opportunity we had to gather together.”

Mary Chapin Carpenter has recorded 12 albums and has sold over 13 million records. With hits like “Passionate Kisses” and “He Thinks He’ll Keep Her,” Carpenter has won five Grammy Awards (with 15 nominations), two CMA awards and two Academy of Country Music awards for her vocals. Her songs speak to the most personal of life’s details and the most universal. Recently, Carpenter was honored with the Americana Association’s esteemed “Spirit of Americana Free Speech in Music Award,” which recognizes artists who have used their work to raise awareness and promote free speech. Past recipients of the award include Johnny Cash, Kris Kristofferson, Joan Baez, Judy Collins and Steve Earle.

Songstress Tift Merritt is a North Carolina native. With her longtime band, she has built a unique and critically acclaimed body of work. Her first release, Bramble Rose, landed on Time’s top ten lists and was called the best debut of 2002 by the Associated Press. Tambourine followed in 2004 and was nominated as Grammy’s “Country Album of the Year.” Tift’s album, See You On The Moon, was released in 2010. In 2009, Tift married longtime collaborator Zeke Hutchins. They live in NYC. 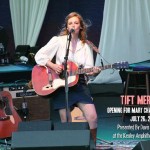 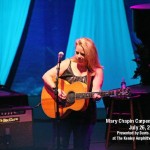 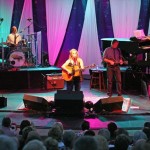 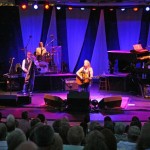 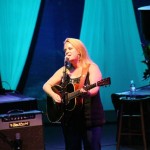 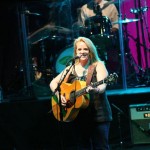 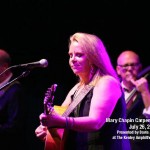 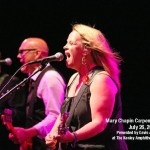 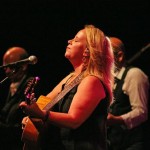