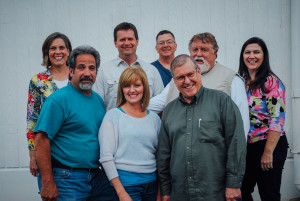 Mid-Life Crisis has been entertaining audiences since 2001. Begun as a band to support the kick-off of the Layton City Family Recreation program, the group didn’t really expect to perform again.  But after that performance, requests starting coming in and the band has been playing together ever since. This Sunday night performance will be something of a departure musically, having emphasized mostly 50’s and 60’s rock music over the years, the band is excited to perform an all acoustic set. The Band features Dave Thomas, Jolene Rausch, Teresa Sanderson, and Charlene Adams on vocals; Larry Hunsaker (guitar), Mike Hemming (Bass), Barry Sanderson, (percussion), Meg Naisbitt (Piano), and Doug Pierce (guitar).