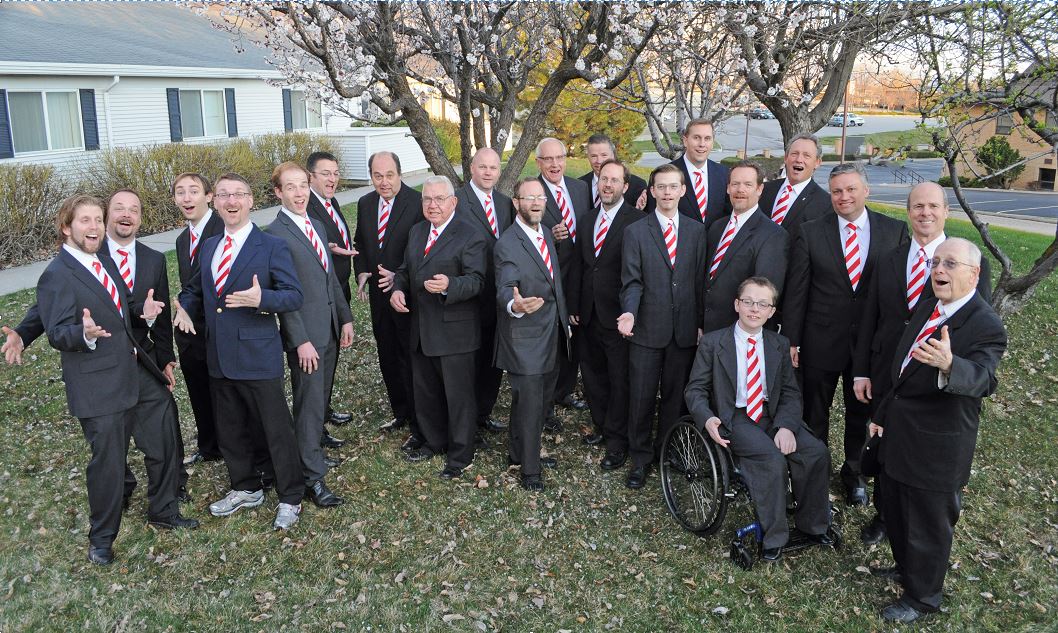 North Front Sound traces its roots back to the fateful casting decision in 2010 that thrust four guys together as a barbershop quartet in The Music Man, the final production in Centerville’s Rodgers Memorial Theatre (we’re told it wasn’t the last show because of the quartet’s singing, but we’re not so sure, frankly).  Going their separate ways after the show, the tenor from that quartet, Scott Anderson joined several different barbershop choruses over the years as he moved his family around the Midwest.  Upon returning to Utah and discovering that no chorus existed north of Salt Lake, he rounded up the old gang and they decided to form their own.  From its humble beginnings in a Kaysville living room in April of 2014 with four initial members, North Front Sound has grown to nearly 30 members hailing from South Jordan to Logan, performing in back yards, high school auditoriums, restaurants, the LDS Assembly Hall, and local television studios.  The chorus performs barbershop classics, gospel arrangements, irreverent parodies, lilting ballads, and rollicking up-tempo tunes, delivered with a mixture of modern pizzazz and old-fashioned corniness.