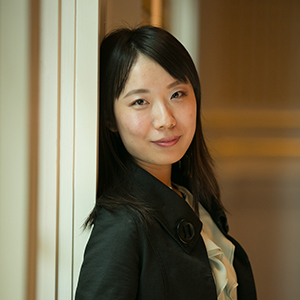 Ran Duan has given recitals in the concert halls of the He Bei Art Center, University of He Bei, China Conservatory, Varallo International Piano Festival, the Cleveland School of Music, and the An die Musik Hall in Baltimore. She was appointed by the president of the Cleveland Institute of Music, as a performer for the school’s Legacy Luncheon. Ran has appeared as the guest soloist with the American West Symphony and the Meridian Symphony Orchestra. Ran and her clarinet partner hold concerts annually around the Cleveland and Baltimore areas.

Ran is currently teaching for the Preparatory Division at the University of Utah.  She has also taught at the China Conservatory, Baroque music school in Beijing, Bin Han school of Art, and at the distance learning studio at the Cleveland Institute of Music.  She was the president of UMTA University of Utah chapter (2012-2013). Her students have won many piano competitions both in China and in the US. Currently, Ran is pursuing her DMA degree in piano performance at the University of Utah, under the guidance of Dr. Susan Duehlmeier.  Her former piano teachers include Dr. Daniel Shapiro, Mr. Bing Han and Yuan Ling.