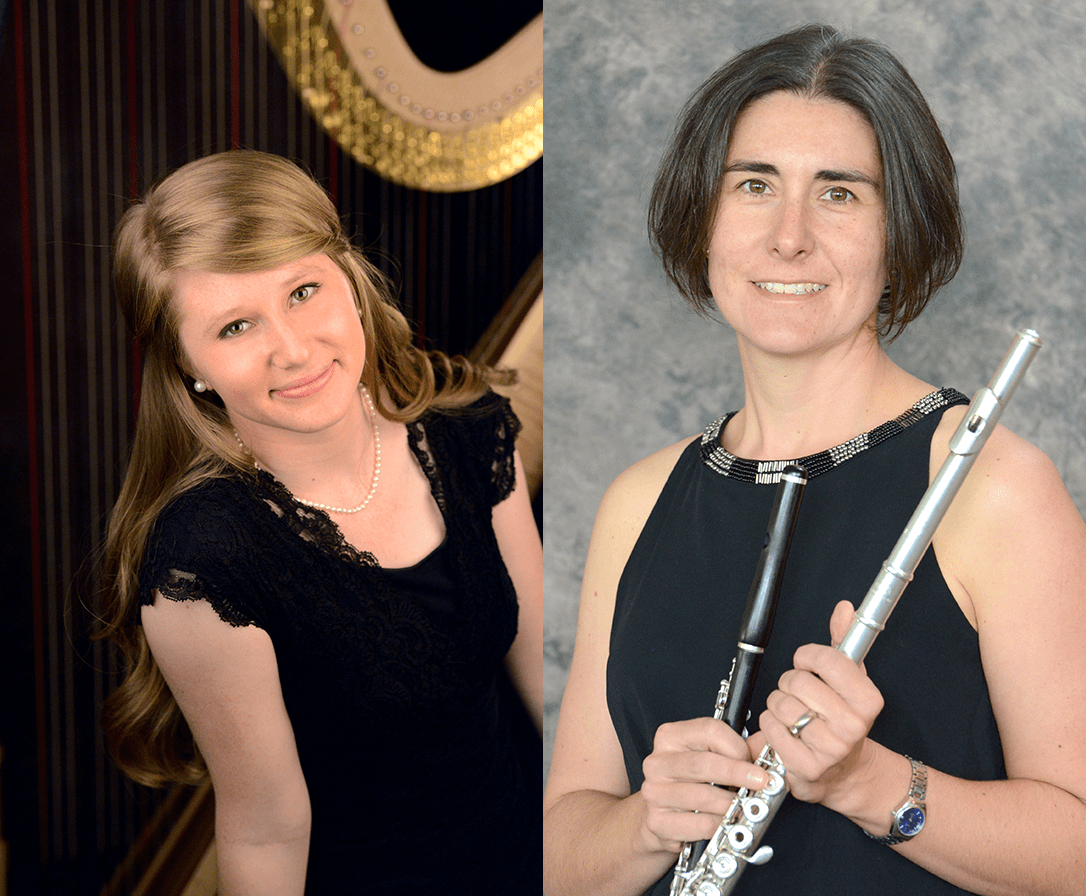 About The Clark Wood Duo:

The Clark Wood duo was founded with a chance meeting of two neighbors who discovered that they were both classical musicians with a love for interesting music and promoting music education. Founded in the southern part of the Salt Lake Valley in 2017 the duo is committed to performing works both standard and unknown to audiences of all ages.

Nancy Wood is a Canadian flutist and music educator. She studied both music performance and education and has worked as a performer, flute teacher, elementary music teacher and as a preschool music teacher. She has participated in the Banff International Music Festival, the Boris Brott Orchestral Festival and in recent years has been an active participant in various Suzuki Music institutes. She spent 11 years living in Brazil and Peru where she was a frequent guest performer and teacher at the Lima International Flute Festival, the Lima Contemporary Music Festival and played as a auxiliary artist with the Peruvian National Symphony. In 2015, Nancy moved to Utah where she is currently living, teaching and performing and enjoying the great outdoors.

A native of Salt Lake City, Utah, Harpist Elizabeth White Clark is a graduate of Curtis Institute of Music where she studied under the direction of Elizabeth Hainen and Judy Loman. She enjoys performing a large variety of solo, chamber, and orchestral works. Recent venues of performance include: Carnegie Hall, The Kimmel Center, Field Concert Hall, The Concertgebouw, and Musikverein. Elizabeth performed as a regular substitute harpist for the Philadelphia Orchestra’s 2014‐2016 seasons during which time she played second harp on the orchestra’s three week European tour. In 2011, after winning first place in their nationally acclaimed harp competition, Elizabeth was named the American Harp Society’s resident “Concert Artist,” and spent two years traveling the country giving solo recitals and masterclasses to aspiring young harpists. Along with her performing schedule Elizabeth now teaches as an adjunct faculty member at Brigham Young University, maintains her own private studio as a Suzuki certified teacher as well as gives regular lessons to harpists preparing for competitions and college auditions. Elizabeth promotes new music written for the harp as Director of the Lyra Society’s Costello Competition for Composition which is now in it’s fifth year.

Soprano Jennifer Neff holds a Masters of Voice Performance from the University of Utah where she studied under the direction of Dr. Robert Breault.  She has a great love for both Operatic and Musical Theatre works, and has performed on stages across the Salt Lake Valley.  Highlights include playing the roles of Christine in Phantom, Lily in The Secret Garden, and Amy in Little Women at Hale Centre Theatre, as well as Sister Constance in The Dialogues of the Carmelites at Kingsbury Hall. Jennifer has been a guest soloist with The Utah Symphony, the Salt Lake Symphony, the Murray Symphony, and the Sandy City Orchestra.  She has been a recording artist for Disney, Touched by an Angel, Covenant Recordings, The Church of Jesus Christ of Latter Day Saints, Marshall McDonald, Kurt Bestor, and others.  Jennifer runs a large private voice studio in East Millcreek, and spends her days as a mother to two energetic girls.  As always, a special thanks goes to her amazing husband and beautiful daughters for their continued love and support.

Amanda Ridge Oaks is a Utah native where she studied as a youth with Bonnie Winterton (piano), Deborah Moench (violin), Mikhail Boguslavsky, and David Dalton on viola. She was a Salute to Youth soloist with the Utah Symphony and was later named as KSL/Deseret News State Sterling Scholar for Music. Maintaining a great love for chamber music she attended many music camps and festivals with this focus, including the Aspen Music Festival, the Quartet Program at Bucknell and Idyllwild Music Camp. These resulted in opportunities to study individually with Heidi Castleman (Julliard), Victoria Chiang (Peabody), Jeffrey Irvine (Cleveland Conservatory), and Eleanor and Alice Schoenfeld (USC). Amanda graduated with a Bachelor of Music in Performance from Brigham Young University where she had the opportunity to study with Vesna and Igor Gruppman. She has performed in Taiwan, Jerusalem, and throughout Europe.

Eventually she decided to shift her energies to studying law, and graduated from the J. Reuben Clarke Law School in 2004. Today she utilizes her skills as an attorney to work as an advocate for the family as well as advancement of the arts in education. Currently she and her husband Sterling (cello) regularly perform alongside their five children in Millennial Choirs and Orchestras where they can joyfully see their love of music take root in the next generation.