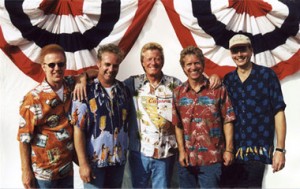 “I met Jan Berry, in high school in West Los Angeles. By the time we had graduated, we had appeared on American Bandstand twice and had been awarded our first gold record.”

“A few years later, we played our first concert with some young upstarts, The Beach Boys. Our two groups went on to form a musical alliance that dominated the charts in the mid-sixties. We not only traded record-making secrets, but shared songs as well. Brian Wilson co-wrote ‘Surf City’ with us, which became the first surf song to reach number one on the national charts. Brian also sang on this recording that went on to become our biggest-selling record. I sang on The Beach Boys recordings, most notably, the lead vocal on the ’60s rock anthem, ‘Barbara Ann’.”

“Our respective record companies tried to intimidate us into not singing on each others records, but like the spoiled rock-and-roll brats we were, we blew them off. Following ‘Surf City’, Jan and Dean went on to record seven more top-ten records, plus six albums. We were the fifth top-selling artists in 1963 and the sixth top-selling artists in 1964.”

“Early in 1966, my music Jan (at the age of 25), was seriously injured in an automobile accident. He was in a coma for nearly a month. It was pretty obvious that our music careers were over…or were they? Even though Jan never fully recovered, he worked very hard at regaining as much as he could, which was truly remarkable.”

“In 1978, twelve years since our last concert, our old friends, The Beach Boys, talked us out of retirement and invited us on tour. The first concert was at a sold-out Three Rivers Stadium. Pretty cool un-retirement party, wouldn’t you say? This tour, which People magazine called, ’the most heartening music tour of 1978’, reignited our careers.”

“We continued to play live music for the next 23 years. Sadly, we had all hoped that his health would improve, but it did not and William Jan Berry passed away in 2004. Tonight we honor his memory. ”

“We renamed the group, ‘The Surf City Allstar Band’. Surf City was lucky for me a long time ago, maybe it can bring us good luck again. So, we’re here to for a beach party–the kind of party where you are encouraged to dance or sing along and have a chuckle or two along the way.” –Dean Torrence 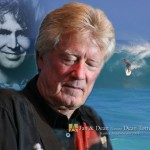 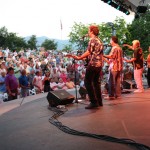 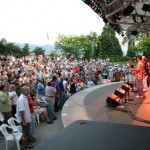 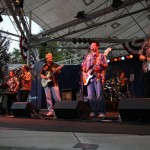 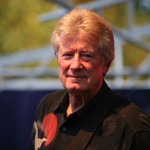 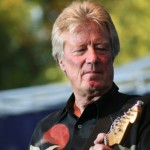 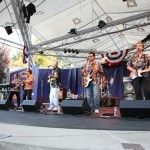 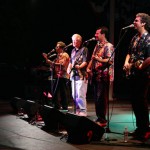