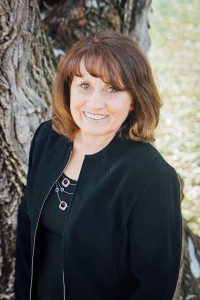 Zelva Goodrich WAS born and raised in Eastern Utah on a farm and grew up working, cooking and helping a lot. She is essentially a country girl.

After attending Altamont High School she entered Brigham Young University. There she graduated with a Bachelor’s degree in Russian Language. It was in the 1960’s, the height of the Cold War with the Soviet Union. It was tempting to look for work with the Russian language at the State Department, etc., but she chose to become a wife, mother and homemaker.

She married Morris Goodrich, who worked as a civilian at Hill Air Force Base for 34 years. They have four sons and one daughter, all of whom are married with children and are very successful adults. They have 17 grandchildren and five great-grandchildren.  Family is the most important part of her life.

In the late 1980’s she was able to travel to the Soviet Union before it fell, and then in 1990 she began teaching Russian Language in Davis County high schools, for about 6 years on the distance learning network. It was challenging and rewarding.

In 1994 Zelva and her family moved from Clinton, Utah to Layton. Shortly after moving here she asked around about a place to volunteer and someone suggested she contact Charlene Nelson, who at that time was the Director of the Layton Arts Council. Nelson allowed her to volunteer as head of ushering and that was a great opportunity.  Zelva has stayed associated with this great organization since then and watched it become something very special for the community. It is her pleasure to now serve on the Board.