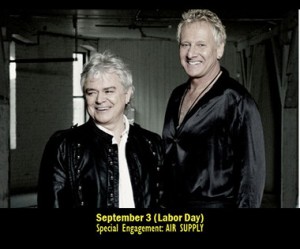 THE HITMAKING DUO CELEBRATES 35 YEARS
TOGETHER WITH ‘MUMBO JUMBO,’
THEIR FIRST STUDIO RECORDING OF ORIGINAL
MATERIAL IN EIGHT YEARS!

Making Their Debut On Las Vegas Based Odds On Records,
Graham Russell and Russell Hitchcock Create A Fascinating
14-Track Musical Odyssey About A Man’s Search For
Meaning In A Mythical Parallel Universe

Still inspiring waves of romantic frenzy across the globe three decades after their debut hit single “Lost In Love,” Graham Russell and Russell Hitchcock of Air Supply have been caught in a joyfully frenzied musical whirlwind these past few years, keeping a diverse international schedule that includes the U.S., The Philippines, Singapore, Malaysia, Taiwan, Thailand, Israel, Brazil and even Vietnam.

Nothing wrong with conquering hearts across the planet with classic hits like “All Out Of Love,” “The One That You Love” and “Making Love Out of Nothing At All.” After all, they’re still used regularly on TV commercials and major motion picture soundtracks.

But the ever ambitious Air Supply is about to take several generations of adoring fans to another realm entirely on Mumbo Jumbo, their highly anticipated debut on Las Vegas based Odds On Records, distributed by E1 (formerly Koch) Entertainment.

Mumbo Jumbo’s lead single, the infectious pop rocker “Dance With Me,” is set hit Adult Contemporary radio in March, building momentum a month before the release of Air Supply’s first studio album of all original material since 2002’s Across The Concrete Sky. Another key track, “Hold On,” features Australian heartthrob rocker Michael Johns, a season seven finalist on American Idol.

In 2009, Odds On Records licensed the duo’s mid-2000s recordings Free Love and The Singer And The Song, which featured revamped acoustic versions of their hit singles and deeper album cuts.

Recorded at Graham Russell’s home studio near Park City, Utah and at Odds On’s state of the art facilities in Vegas with top session musicians and an orchestra, Mumbo Jumbo was produced by Russell and engineered by Odds On’s Sean O’Dwyer, whose credits include Pink Floyd, Randy Newman and Blink-182.

“Because of our crazy touring schedule, Mumbo Jumbo took three years to complete,” says Graham Russell, “and Russell Hitchcock and I couldn’t be happier with the results. We had been releasing projects independently for a long time, but felt that Odds On Records was the perfect match for us. They were looking to sign a band with a strong track record, and we felt they had the resources to help us launch a new project on a global scale. Russell and I were very committed to making Mumbo Jumbo a great recording. We came at it with the attitude of, ‘if this were the last album we ever made, let’s make sure it’s the best we can ever do.’ We worked really hard on the right song selection, strong vocals and arrangements. While sticking to our vow of never making an album unless we are convinced it has numerous potential hit singles, we also believe that we have emerged with our best overall collection to date.”

This will be great news to the millions of Airheads out there who have been waiting patiently for the duo’s latest work. Among them are Ozzy Osbourne (who has attended their shows in disguise) and Al Pacino, who recently was spotted hanging out in a dark booth in the back of the Orleans in Las Vegas, one of the duo’s regular venues.

Hitchcock was even surprised by some Hells Angels who approached him for an autograph when he was exiting a tattoo parlor on Sunset Strip a few years ago; turns out some of the hard edged biker dudes were huge fans.

More casual Air Supply fans who think of the duo simply as creators of ultra-romantic hit singles will likewise be blown away by the depth of Russell’s songwriting and his and Hitchcock’s powerful vocals as they weave the powerful mythical tale of Zed, an idealistic young man in a parallel universe. Zed goes off to find the meaning of life, only to be deceived by false hope in a strangely corrupt, money and greed ruled place called Mumbo Jumbo.

In a time when iTunes-driven commerce dictates that the safest bet for artists is to toss out a few random hit singles at a time, Russell’s rich storyline will remind listeners of an era when concept albums and exhilarating rock operas were the norm. He was particularly inspired by the critical and commercial success of Green Day’s Grammy winning 2004 album American Idiot. Fans intrigued about the story that Russell penned to set the scene for the 14 emotion-laden tracks of Mumbo Jumbo can visit Air Supply’s website and read his fascinating 4,000 word short story “Mumbo Jumbo…A Story So Far.”

Continually amazed at his partner’s prolific songwriting output even after 25 studio recordings together, Hitchcock says, “He always gives me the best songs to work with, and I couldn’t be happier. I am really amazed at how well he integrated the songs he wrote over a period of a few years into the big picture of the Mumbo Jumbo story. One of the reasons I think it’s our best album is that the songs still maintain melodic simplicity but lyrically, tracks like the title song are very deep. That’s what makes it work, the combination of great melodies, strong vocals and good storytelling. The album runs the gamut from incredible, thought provoking ballads and the loud rocker ‘Me Like You.’

“As the lead singer,” he adds, “the same thing motivates me with every project, and that’s the excitement I get responding to the maturity of Graham’s writing and rising to the challenge of delivering the best vocals I can. Because I hear the core of these songs for the first time just with guitar or piano and Graham’s voice, it’s always a pleasure to ultimately fulfill them with strong arrangements and full instrumentation. Because we usually only have 4-5 days at a time off the road to be in the studio, the achievement is all the more gratifying.”

Besides the fact that so many of the songs on Mumbo Jumbo can stand alone and become potential radio smashes even without the context of the story, Air Supply’s great confidence in the album can be explained by the overwhelming reception their diehard fans have always given the new material that Russell and Hitchcock introduce in concert.

“People who haven’t seen us before always leave a bit surprised, and in a wonderful way,” says Russell. “They may come to see us because of the old songs, but leave wanting to hear more new songs after the five or six we share with them. We like to say we are cushioning the new material with the classic stuff. But we’re not just a nostalgia act and we like to think our music doesn’t have a time stamp on it. I’m the group’s songwriter and Russell, as the lead singer, has for over 30 years been an invaluable and genuine sounding board for the songs I write. If something isn’t up to par, he’ll let me know. But if it’s working and he says we need to record it, that he’d love to sing it, I know we’re on the right track.”

Hitchcock adds, “We had 12 songs recorded for the album, which to me seemed like plenty, but Graham came to me with two more he wanted to record, and I had an equally positive reaction to those. When he said, okay, now we have everything we need, I knew instinctively that we had a finished project. Writing and recording new material is our lifeblood that keeps us fresh and excited. In concert, we know we raise eyebrows when we say we’re going to start playing new songs, but then we start and the audience realizes how much love and care go into them. We’ve been around nearly 40 years and are not only holding our own out there but firmly believe, with albums like Mumbo Jumbo, that our best days are still ahead of us.” 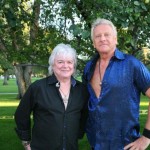 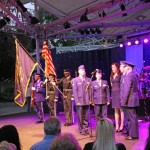 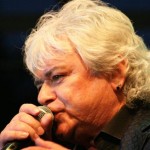 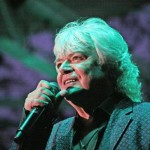 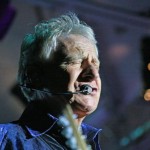 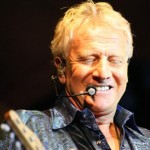 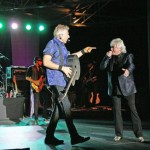 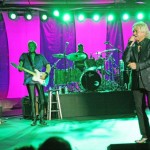 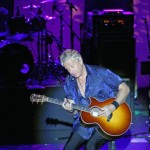 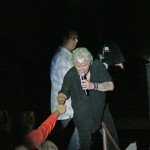 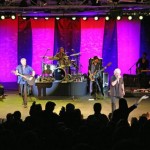 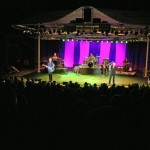