Active Stages: Arts in Education is the educational arm of the Davis Arts Council (DAC). We believe that arts education is critical to the heath, well-being, and overall educational achievement of every single child. Active Stages, initiated last year, is a partnership between DAC and Theatre Arts Conservatory. Each spring, we tour a play (performed by young actors to encourage peer-to-peer engagement) free of charge to elementary and junior high schools in our community. Schools from Bountiful to Clearfield have benefited from this program and we hope to keep it growing in size so that more and more schools can benefit from this program. One teacher at an elementary in Layton had this to say after this year’s production played at her school, “You could not hear a pin drop through the entire production. Thanks for choosing our school, and thanks for bringing such an important subject to the children…All the response that I received is that it was the best assembly that we have ever had!!!”

This summer, we are honored to showcase this program by presenting last year’s tour (The Spider and the Bee) and this year’s tour (I Never Saw Another Butterfly) on stage for one night as part of the 2009 Summer Nights with the Stars season. In this case, the stars are the original casts of talented youth ages 12 to 20). 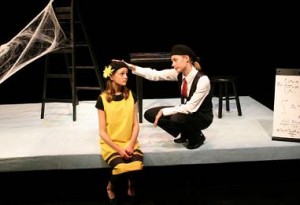 ACT I: THE SPIDER & THE BEE

Based on Jonathan Swift’s story, “Battle of the Books”, the play is a battle between a spider who believes “we were born to think, and the sciences and math make us think,” and a bee, who has “soared toward the sun, sung with the meadowlark” and believes in the glory and power of poetry. A trial is held, during which the spider and the bee argue their points of view and a “victor” must be decided. Will the jury vote science to be more important than art? Art more important than science? Or perhaps a discovery will be made that science and art are both needed to truly learn, discover and create. The Spider and the Bee is loaded with broad humor, fun, and audience interaction. 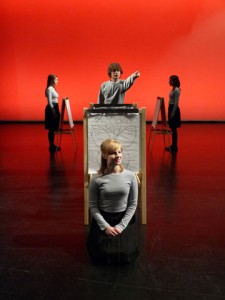 Based on a true story the play is about 12-year-old Raja Englanderova who was sent to Terezin, a Czechoslovakian ghetto that was in truth a way-station for Jewish prisoners bound for Auschwitz. There, in addition to the fear and hopelessness threatening to swallow her, Raja also finds Irena Synkova a teacher who is secretly conducting art and writing classes among the children in the camp. Despite the tragic circumstances, “I Never Saw Another Butterfly” is not a play about horror and despair. It is about the vibrancy and humor of children, the transformation of a young girl and the passions of a teacher who literally compels her charges to thrive. It is a very powerful story about the strength of hope for audiences of every age and faith. 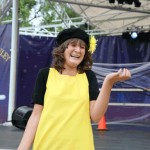 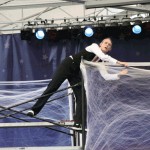 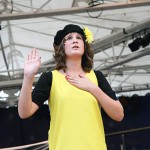 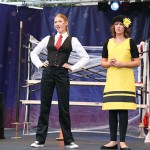 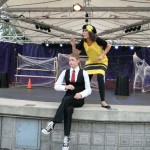 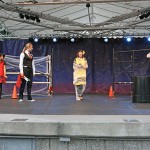 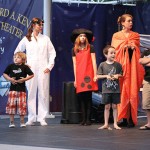 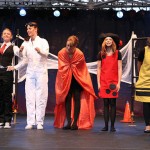 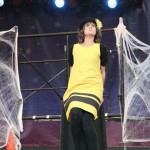 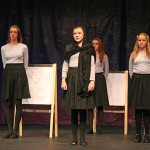 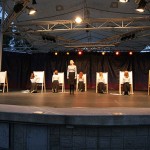 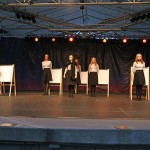 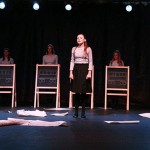 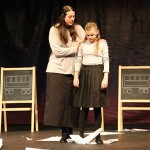 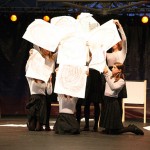 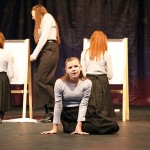 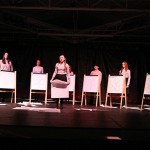 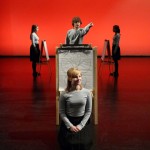 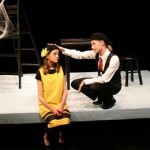 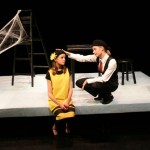