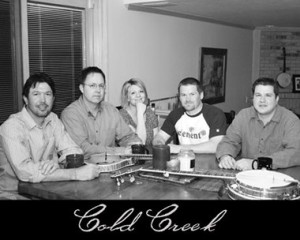 This project is supported by the Utah Arts Council, with funding from the State of Utah and the National Endowment for the Arts, which believes that a great nation deserves great art. BLAINE NELSON is one of the finest 5 string banjo players in the state of Utah. Blaine has written many original tunes, and has opened as a solo act for many groups, including Grammy-Award winners. He is one of the founders of the Norbest Birch Creek Bluegrass Festival (Utah’s largest multi-day bluegrass festival). His outstanding banjo skills earned him the title of 2003 Utah State Banjo Champion. He has played at the 2002 Winter Olympics, the Founders Title Folk and Bluegrass Festival, and the Gallivan Center Folk and Bluegrass Festival.

MARK GESLISON is perhaps the best known promoter and performer of American music in the state of Utah. He is the director of the Folk Music Ensembles at BYU. He has performed in festivals in the U.S. and Europe. Highlight performances includes the 2002 Olympic Winter Games, and performances as part of the Elementary School Outreach program. He is the founder and CEO of a family music training company that creates publications for teaching folk music, including Music in the Home and Community. Mark is the founder of the Institute of American Music.

ANDREA IVEY BANNER has been performing since the age of seven and is the only true Southern bluegrass member of the band, hailing from Arkansas. She is classically trained in vocal performance, winning several state-level awards and was courted by United Artists, but prefers the unique artistry of bluegrass. Andrea is also an accomplished songwriter, having been featured in the Tim O’Brien Songwriters’ Showcase and was asked to open for Tim’s concert in Utah. She has been featured in such bands as Whitewater, McKenzie Bridge, and The Starving Barbies Folk Band, and now takes up the bass for Cold Creek. She can also hold her own on mandolin and guitar.

BILL SPRUNGER has been playing bluegrass for about 15 years, most recently with Gift Horse. He is a master on many instruments but is featured on guitar in Cold Creek. He was the Utah State Instrument Champion in Mandolin and Bluegrass Fiddle in 2001. Bill is the lead singer for Cold Creek, with a rustic tenor voice reminiscent of the old masters. He writes many of the band’s songs, several of which are featured on their recent CD, Faithfully. Bill has a very successful history as a frontman, helping to lead a former band, McKenzie Bridge, to a first-place finish in the 2002 National Band Competition.

NATE OLSON has been playing the fiddle for over 25 years (including stints with Lincoln Highway, Cedar Breaks, Gift Horse, and The Olson Family Fiddlers) and is an excellent addition to the Cold Creek lineup. Nate was the Utah State Fiddle Champion in 2004 and 2005 and teaches in the Folk Music Department at Brigham Young University. He is also publishing a book on contest fiddling with MelBay Publications. Nate has fiddled in over a dozen countries and is Cold Creek’s resident movie star having been featured in the recent award-winning documentary Small Time Bluegrass. He is a consummate musician with a Master’s degree in Bassoon Performance. He is also the Assistant Director of the Institute of American Music in Provo. 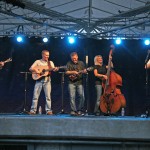 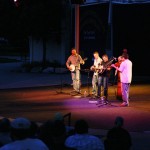 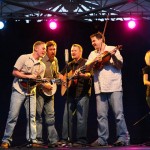 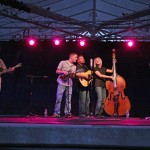