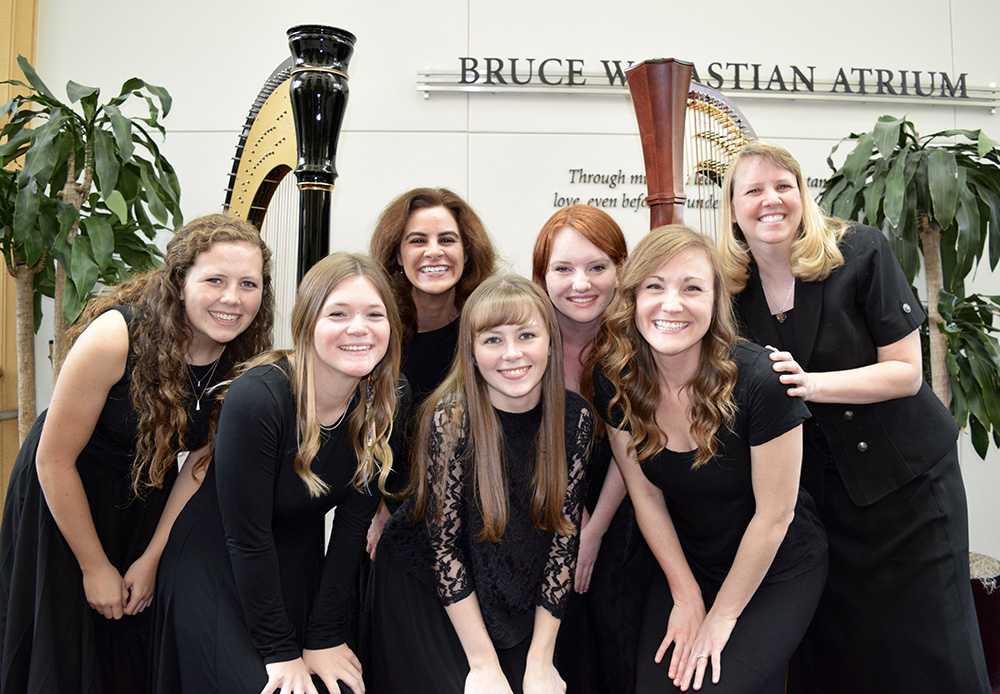 Formed in 2008, the 7 member harp ensemble known as Crimson Harps provides audiences a one of a kind experience with heavenly harp music.

Performances include the use of unique techniques and effects created for the diverse pieces they perform, including music from Latin America, the British Isles, and Africa, as well as traditional classical pieces and modern music from the 20th century. Due to the limited repertoire available for harp ensemble, each of the harpists explore their creativity and write many of the arrangements that are performed.

Each spring, the ensemble takes a western tour which has included tours to Portland, Oregon and San Diego, California and engages in local performance opportunities through the academic year, including everything from performances at the state capital to introducing the harp to elementary school students