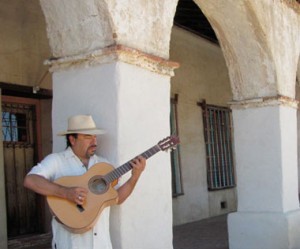 David Correa and Cascada have been entertaining crowds since 1999 with their passionate and distinctive blend of instrumental Latin Guitar/ World Music, combining the Spanish guitar with Afro-Cuban and Latin rhythms.

The band tours extensively throughout the United States. They have received three awards for “Best Latin Band” in the San Francisco Bay Area and have released several CDs with Baja/TSR Records.

Davis Arts Council is proud to have David Correa and Cascada return for an encore performance this year after an incredible performance last season.