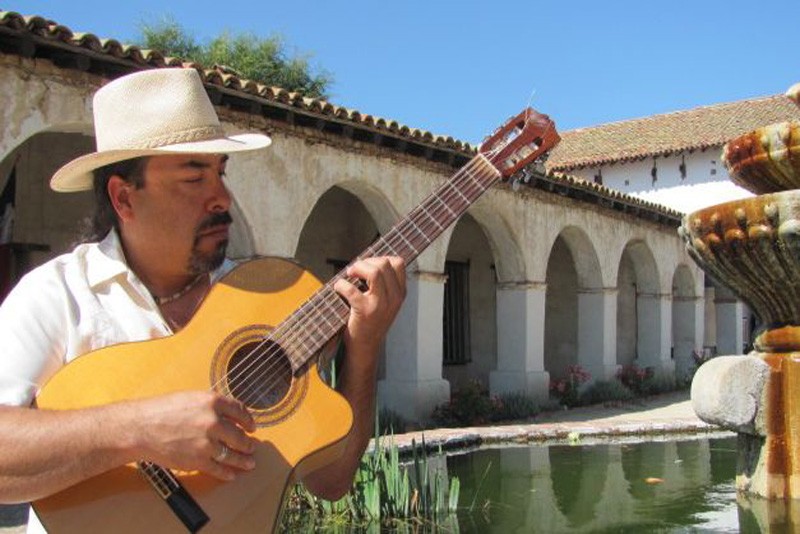 Since 1999 The David Correa Group has built a substantial fan base entertaining audiences in every corner of the San Francisco Bay Area. Keeping true to Latin and Spanish guitar techniques David’s music continues to be an original new sound. David’s music combines Latin guitar and Rumba Flamenco fused with middle eastern melodies, creating a distinctive style. The group consists of 2 guitars, bass and drums/percussion. The band’s live performance is a high energy show that can get an audience out of their seats and the group also has been known to perform intimate concerts in a theater setting.

Their unique sound has gained them wide acclaim and a substantial following in the Bay Area. Touring out of state at Concerts in the Park and Summer Concert Series events throughout the Northwest, the Southwest and Southern California is helping the group build momentum throughout the rest of the country.   Three years in a row (2005-2007) David Correa’s band was named Best Latin Band in the North Bay and received a NORBAY award. June 16th, 2015 marked the official release date of “NEW MOON” on Baja/TSR Records, David Correa’s 6th cd to date.