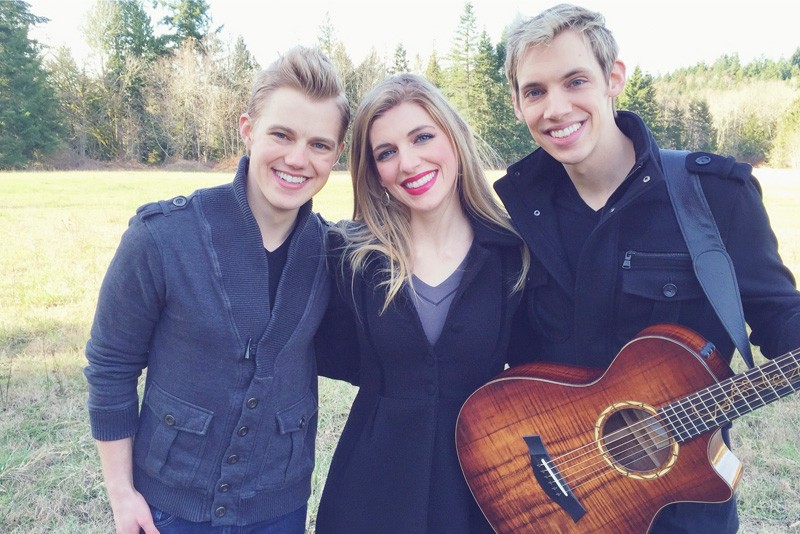 Raised in the Pacific Northwest, Derik Nelson & Family’s signature sound features velvety three-part vocal harmonies only a family can deliver. They’ve garnered nearly 3 million views on YouTube, and toured over 40 locations across the West Coast to raise money for music education. Derik has appeared regularly as the lead guitarist on television’s “Glee,” among other shows. Riana has a degree in Musical Theater from the University of Michigan. Dalten has been involved in musical theater since the age of 4.

Anything unsold on the grass is up for grabs for $5 for students!

Show up at the box office between 5-8pm.

Students up to age 18 can get the $5 price without a school I.D.