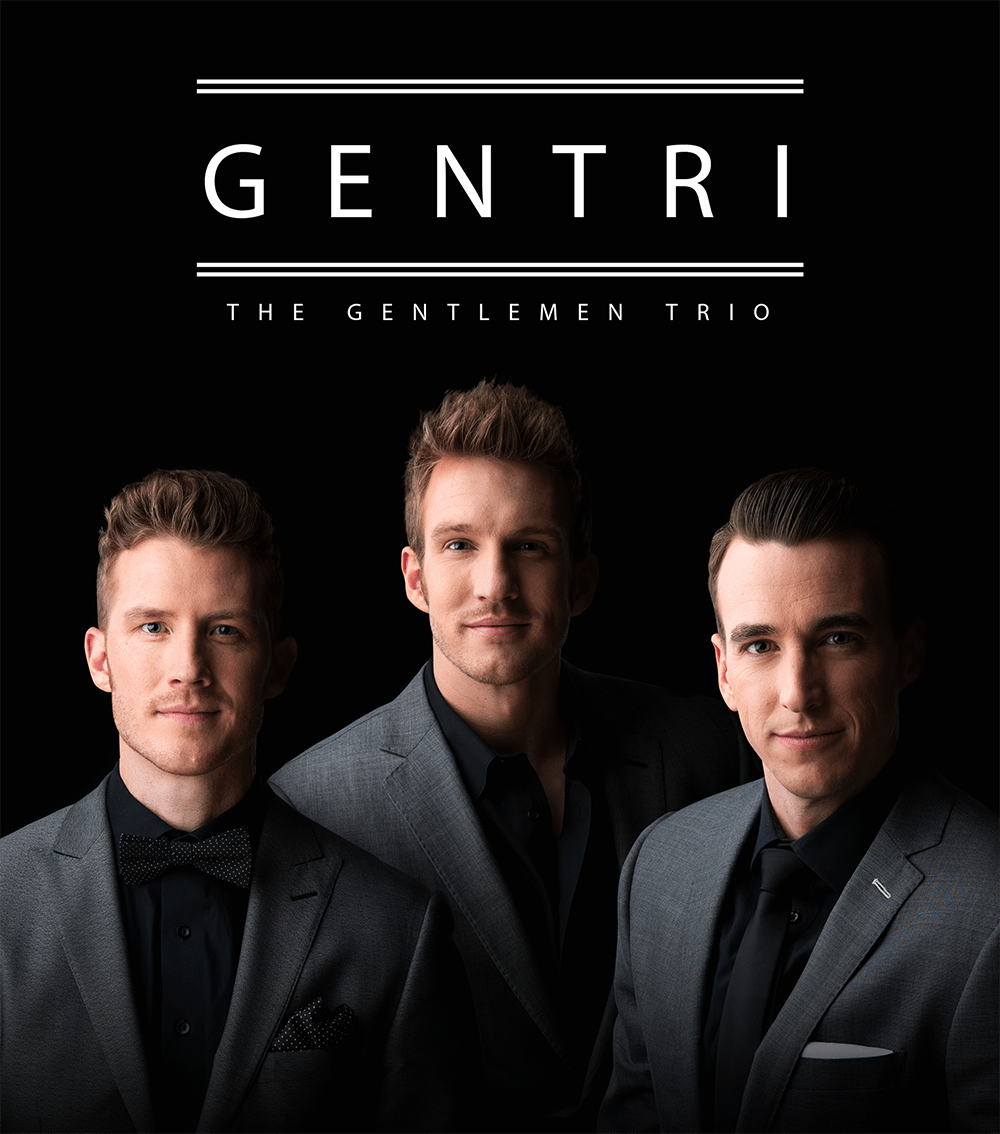 GENTRI: The Gentlemen Trio was established in June 2014 and is comprised of three highly trained tenors: Brad Robins, Casey Elliott and Bradley Quinn Lever. Pioneering a signature sound that can only be described as “Cinematic Pop,” the music of GENTRI is transfused with lush, epic orchestrations and rich, dynamic three-part harmonies all composed by the group’s producer Stephen Nelson. Critics have called GENTRI’s sound “strong, brave, and inspiring” as well as “anything but boring.”

GENTRI’s self-titled, debut EP was released March 31, 2015. The record spent 10 consecutive weeks in the Top 10 on two different Billboard charts, including three weeks at No. 2 on both the Classical and Classical Crossover charts. On the heels of their first album  release, the Gents debuted their first music video to their original hit single, “Dare,” which made international headlines on news outlets around the world, including ABC World News, NBC Nightly News and Inside Edition. The Gents’ later released their full-length album, RISE, which debuted at #3 on Billboard’s Classical and Classical Crossover Charts, right behind John Williams for Star Wars: The Force Awakens and Andrea Bocelli. Their latest full length album, Finding Chrsitmas, has also charted in the top 10 on multiple Billboard charts, as well as appeared multiple times in the iTunes top 10 holiday album list, (right alongside other artists such as Michael Bublé and Pentatonix).

GENTRI has performed alongside world-renowned talent, including international tenor sensation Alfie Boe, Tony Award-winning vocalist Idina Menzel, the Mormon Tabernacle Choir, and legendary rock band Journey. Other notable events include performing at the Governor of Utah’s annual gala, as well as performing the national anthem for the Utah Jazz, San Diego Padres, and Colorado Rockies. GENTRI also was recently featured on an Emmy- Award-Winning television Christmas special with YouTube sensation Lexi Walker that was broadcast to over 20 million homes.