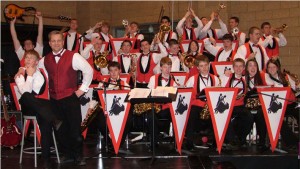 The Moonlight Singers will perform classic tunes originated by Glenn Miller’s Modernaires. Glenn Miller- the man responsible for making Big Band swing music the most popular genre of the 1930s and ‘40s- gave his life serving our country during World War II. In honor of him, one tradition during the Moonlight Serenade’s concerts is recognizing those who have served our country.