The Flutes from Temple Square 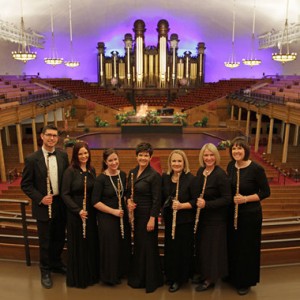 The flutists from the Orchestra at Temple Square perform, record, and tour with the Mormon Tabernacle Choir. Their musical talents can be heard on the numerous award-winning and Grammy nominated CDs, LDS films, and other LDS church broadcasts, including the weekly national broadcast of Music and the Spoken Word and the annual PBS Christmas specials of the Mormon Tabernacle Choir and the Orchestra at Temple Square (with featured headline artists from around the world).