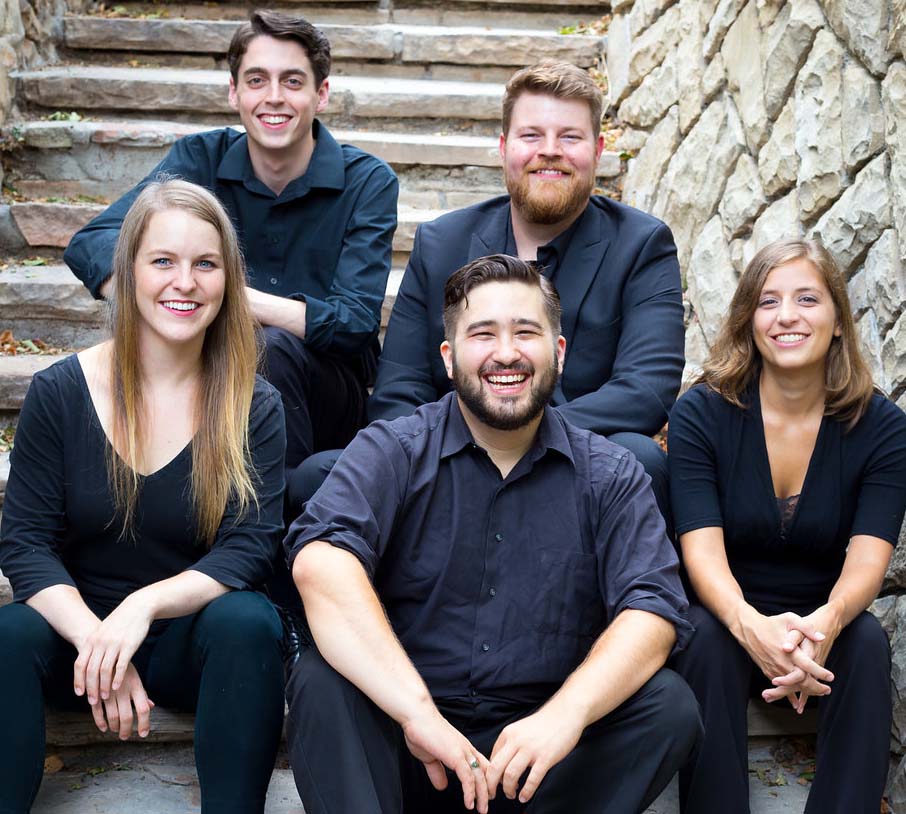 Iowa native Abigail Rethwisch, soprano, stepped in on short notice in March 2017 to sing the title role of Lucia di Lammermoor for the entire run of Utah Opera’s production. For the 2017-18 season she will be singing Adele in Die Fledermaus and performing with her husband, baritone Andrew Paulson, during the Utah Symphony’s Great American Road Trip. Past Utah Symphony │Utah Opera appearances include The Long Walk, Man of La Mancha, and Messiah. Abigail was a member of the prestigious Santa Fe Opera’s Apprentice Artist program this past summer, and has spent previous summers as apprentice with Chautauqua Opera, where she sang the role of Annina and covered Violetta in La traviata , and Des Moines Metro Opera. She has gained significant recognition in the Metropolitan Opera National Council Auditions, having been chosen as a regional finalist three times, most recently winning second place in the Great Lakes Region. She holds a Bachelor of Music degree in Music Education from Simpson College and a Master of Music degree in Vocal Performance from Florida State University.

Lebanese-American mezzo-soprano Melanie Ashkar is known for the “rich texture” of her voice and her “delightfully expressive” stage presence. She has appeared across New York City as Earth (Los Elementos) with New York City Opera, Olga (Eugene Onegin) and Lucretia (The Rape of Lucretia) with Utopia Opera, Bradamante (Alcina) with OperaRox Productions, and as Jo (Little Women), Older Woman (Flight) and La Zia Principessa/Zita (Suor Angelica/Gianni Schicchi) with Mannes Opera. Most recently she performed in Suor Angelica/Gianni Schicchi with Martina Arroyo’s Prelude to Performance program. A Washington, DC native, Ms. Ashkar holds a BA in Music and Linguistics from the University of Virginia, an MS in Linguistics from Georgetown University, and an MM in Voice Performance from Mannes College. This season for Utah Opera, she will appear in Gianni Schicchi and Die Fledermaus.

Tenor Christopher Oglesby makes his Utah Opera debut as Parpignol in La bohème this season, with additional appearances in Moby-Dick, Gianni Schicchi, and Die Fledermaus. As an education artist with The Dallas Opera, he performed the role of Bastien in Mozart’s Bastien and Bastienne and Don Giovanni in Davies’ The Three Little Pigs. An active soloist, Mr. Oglesby recently appeared with the Abilene Philharmonic, the Dallas Puccini Society, and Opera Diversitá. Other recent credits include Tamino (Die Zauberflöte) with the Amalfi Coast Festival, Don Ottavio (Don Giovanni) with the University of North Texas Opera Theater, and Box (Sullivan’s Cox and Box) with Opera in Concert in Dallas. He holds Bachelor degrees in both Vocal Performance and Music Education from Lee University and a Master of Music degree in Vocal Performance from the University of North Texas.

Detroit native bass-baritone Jesús Vicente Murillo made his professional debut at the age of eighteen with Michigan Opera Theater as The Android in The Very Last Green Thing. In Utah Opera’s 2017-18 season, he will appear as Captain Gardiner in Moby-Dick, and Spinelloccio in Gianni Schicchi, and will perform the bass solos in Messiah with the Utah Symphony. Most recently Jesús performed the roles of Jose Castro (La Fanciulla del West) and L’Inconnu (Cyrano) with Michigan Opera Theater. Jesús received his Master of Music degree in Opera and Voice from McGill University in Montreal and his Bachelor of Music degree in Vocal Performance at the University of Michigan.

Pianist Robert Bosworth has participated in the Merola Opera Program, Music Academy of the West, and Opera Saratoga. Most recently, he served as Resident Coach with Chicago Summer Opera in 2016 and 2017. In addition to his love for opera, Mr. Bosworth exhibits a strong passion for art song repertoire, and was a pianist for Carnegie Hall Presents: The Song Continues. Mr. Bosworth holds a Master of Music in Vocal Accompanying from the Manhattan School of Music. He also received a Bachelor of Music in Piano Performance with a minor in Vocal Performance from the University of Kentucky.