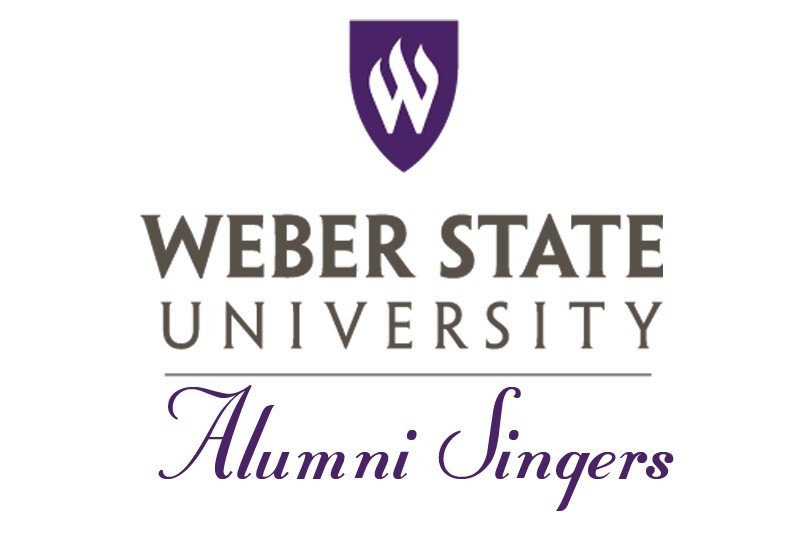 The Weber State Alumni Singers have evolved out of young men and women who have been students of Evelyn Harris as former members of Weber State Singers, private vocal students, or both.  There was a desire on the part of these young people to sing in a small, select group of this kind.  This desire was the driving force behind the organization of this choir.  They are a choir of outstanding men and women with beautiful voices and excellent musicianship.  Their love of music, singing, and performing were the reasons for organizing this choir.  They began in the fall of 2002 and gave several Christmas Programs for various groups in the Ogden and Salt Lake areas.  They have presented Christmas concerts beginning in 2002 through 2015.  They have also presented an annual Spring Concert beginning in May 2003 through May 2016.

This choir performed extensively again during the Christmas Season of 2015 in the Ogden and Salt Lake City areas.  They sang on the Temple Square Concert Series in Salt Lake City and presented their annual Christmas Concert at Weber High School auditorium in Pleasant View, Utah.

The Weber State Singers was an extremely popular and active performing group at Weber State University.  Evelyn Harris directed the group for seventeen years.  When she retired they discontinued the choir.  At the time Singers were actively performing they presented 60-65 performances a year and were in constant demand at the University and throughout the community and surrounding area