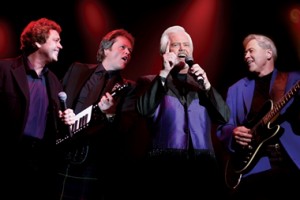 Five decades ago, four young boys were flashed across national television screens on what was meant to be a one-time shot at “the big time.” That single appearance led to such an overwhelming mail response that for the following seven seasons, the Osmond Brothers became regulars on the Andy Williams Show. From that point on, their name alone became synonymous with the “big time” and everything associated with it. Their lives would never be the same, nor would those lives with whom they could come into contact. In 1962, a visit to Disneyland became the start of their professional career. The Osmond Brothers barbershop style of music was recognized by Disney talent scout, Tommy Walker, and he hired them to perform at Disneyland for the summer.

During this engagement, Andy Williams’ father heard the Osmond Brothers Quartet, and realizing their enormous potential, arranged to have them audition for Andy’s upcoming television variety series. Andy loved them and the boys became regulars on the show. They also accompanied him on his cross-country concert tours for nearly two years. In 1969, they started performing on the “Jerry Lewis Show” before rejoining Andy Williams as semi-regulars when he began a new show for NBC.

During this era of career growth and development, the Osmonds not only grew up, they grew in scope. They mastered 28 musical instruments, perfected their dance, and learned to handle an audience like pros. By 1970, the Osmonds were perfect candidates for the teenage recording market.

The Osmonds’ recording career has been marked by intelligent risks. They stayed current with music trends without sacrificing the individualism which labeled it “Osmond.” When the Osmonds decided to step into the recording marketplace, they studied the industry and saw that “specialization” was the “key” to success. However, few groups or individuals had the staying power or broad musical range to reach more than one or two audiences.

The Osmonds knew variety was their “key”. Their fame in concert and television revolved around their versatility. Rejecting the “pick a style and stick with it” approach, they decided to go against the “specialization” trends and break the barriers. They took the best from whatever style they chose and shaped it to fit their talents.

They signed with MGM records and within months of their first release skyrocketed to worldwide recognition. In 1971, combined sales from the Osmond Brothers’ and Donny’s releases garnished nine gold records – a total that exceeds the Beatles’ and Elvis’ highest single year collection of gold discs. Since embarking on their prestigious recording career,the Osmonds have sold over 77 million records and have accrued more than 30 gold records. The group’s concert career parallels that of their recording success. Standing room only engagements in Las Vegas, attendance breaking performances from coast to coast, and sellout world tours were the normal pattern in the Osmonds’ career. As songwriters, Alan, Wayne, and Merrill Osmond wrote a good deal of the material the Osmonds recorded.

In 1973, a new type of hysteria erupted when the Osmonds toured the U.K. and it soon became known as “Osmondmania”. Their concerts broke sound barriers as fans rushed the stage to get closer to their favorite Osmond. The Osmond Brothers were voted “Best Musical Variety Act of 1974” in Las Vegas , NV and in 1975 the Osmond Brothers won the “People’s Choice Award” as America ‘s “Favorite Musical Group.”

With the advent of the “Donny and Marie Show” in 1976, the Osmond Family gained further exposure. Noted for its production quality of material and music, the show attracted audiences of all ages and incorporated all the best the Osmonds had to offer. With the Osmond Brothers as executive producers, the show was a true example of their abilities to project the unified quality of their own family relationship. That quality was taken into nationwide homes on a larger scale when “The Donny and Marie Show” transformed into “The Osmond Family Show” during a 1979 mid-season change. After the “Donny and Marie Show,” Jimmy experienced a great deal of success in Japan, where he starred in his own television show and earned several gold and platinum records. After returning to the United States, he developed his own production company and produced several commercials and shows for television. With his keen sense for business, he has experienced further success in other ventures as well.

In 1982, the Osmonds decided to change their musical direction and sound when they started singing country music. Their transition from pop to country music proved to very successful. Billboard Magazine honored them with the “1982 Breakthrough Award” and also acknowledged them as the “Number One New Singles Group of the Year.” The Country Music Association recognized them with a nomination for “Best New Group of the Year” as well.

In 1992, after almost 40 years of concert tours, the Osmond Brothers managed to bring their work and home together in one place. With the purchase of a theater in Branson, Missouri, Jimmy persuaded his brothers to move to Branson. This move had the Osmond Brothers performing two shows a day, six days a week, for sell-out crowds at the Osmond Family Theater. The Osmond Brothers continued to experience success in Branson, being recognized as “Best Vocal Group” of 1995, 1996, and 1997,and was voted “Best Show in Branson” for the years 1996 and 1997.

In 2002, Jimmy produced and performed in the American Jukebox show in Branson. Jimmy appeared in ‘Boogie Nights’ at the Grand Theater in Blackpool England in 2004, and in 2005, Jimmy brought brothers Wayne and Jay back with him as they performed the American Jukebox in front of sell-out crowds. In 2003, the Osmond Family were honored for their achievements in the entertainment industry with a star on the legendary Hollywood Walk of Fame. The Osmond Brothers are still performing regularly in Branson and also touring the United States and Europe. The Brothers present a knock-out performance of Osmond talent at its finest. 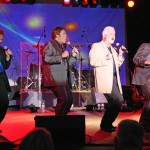 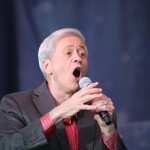 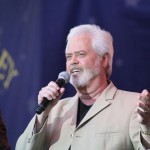 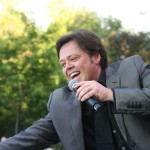 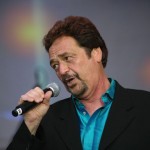 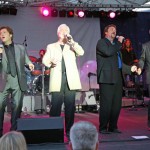 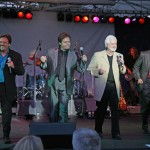 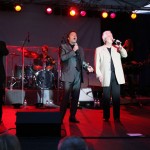 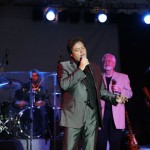 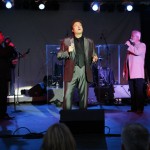 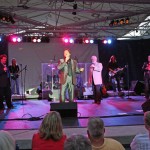 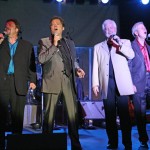 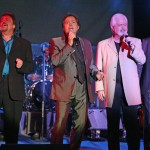 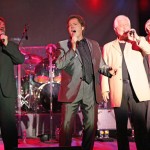